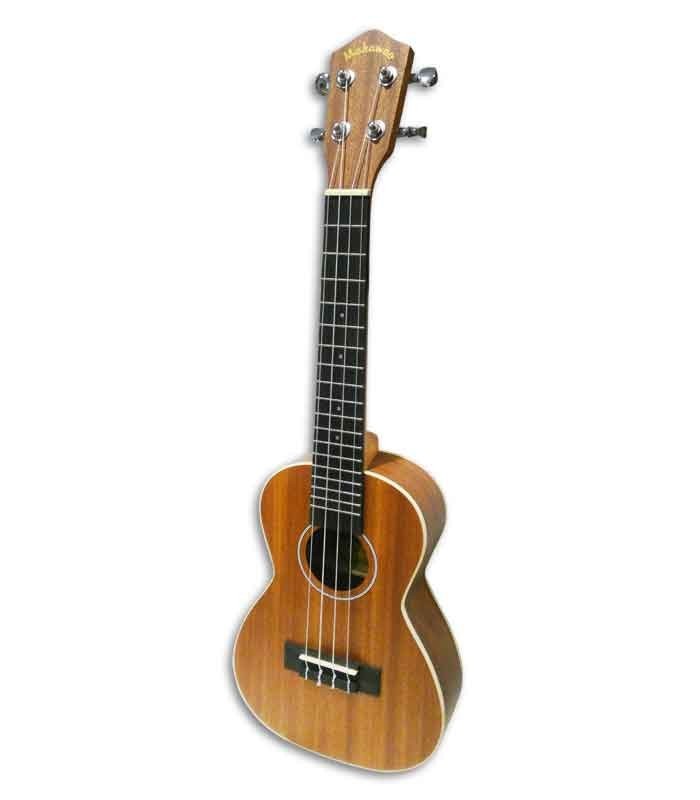 This Makawao concert ukulele is made in laminated mahogany and includes padded bag. It is an instrument with an economic price.

The Makawao UK 20C is a concert size ukulele, full of style and tropical spirit.

The UK 20C stands out for its voluminous sound thanks to its larger box. With slightly larger dimensions than the soprano models, the Makawao UK 20C has a more serious and present sound.

The concert variant is relatively recent in the ukuleles, with the first models being marketed under this designation in the 1920s, when Hawaiian music was in vogue and these small instruments needed to be heard among the other instruments of the musical groups. of the time.

The Makawao UK 20C ukulele is made of laminated mahogany, which gives it a spectacular natural look, in which the color and veins of the wood stand out. The bindings are simple, outlining the shape of the ukulele in white lines.

The Makawao UK 20C comes strung with Aquila strings, one of the most popular brands in ukulele strings, which are tuned by a set of nickel plated tuning machines. The neck is very easy to play, comfortable for beginners and very effective for the most virtuous.

It became a very popular instrument in the early decades of the twentieth century, when Hawaiian-inspired music filled the early days of radio in the United States, and it kept American soldiers in the trenches of World War II. Nowadays, it is one of the instruments of fashion for being easy to learn and very fun to play, in addition to being able to take it everywhere.