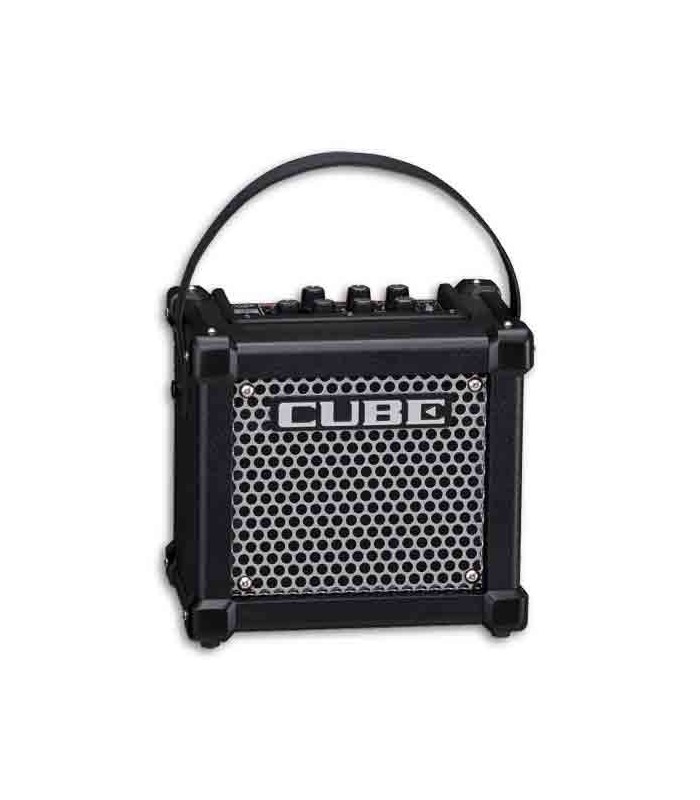 On top of worldwide sales for almost 10 years in a row, MICRO CUBE is the most popular battery powered amplifier of all time. The new MICRO CUBE GX maintains small size and sound projection and adds several enhancements, including i-CUBE LINK, increased output power, a chromatic tuner and MEMORY function to store your favorite settings.

The Roland Micro Cube GX is a super guitar amplifier in an ultra-compact format. Battery powered.

Portable, compact and versatile, the 3 Watt Roland Micro Cube GX has been the most popular battery powered guitar amplifier for more than a decade. Small but with a great sound projection, the Micro Cube GX 3W goes with you everywhere so you can play your electric guitar wherever you want.

Of robust construction, this ultra-compact amplifier works for up to 25 hours in a row on six AA batteries, always with a huge sound, surprising in definition despite having only 3 watts of power.

The Roland Micro Cube GX 3W has an exceptional sound because it incorporates Roland's acclaimed COSM amplifier simulator, which allows you to adjust your sound to any musical style, from clean tones to the most aggressive ones, such as the new EXTREME mode for metal fans .

You can choose one of these eight simulators: ACOUSTIC SIM, JC CLEAN, BLACK PANEL, BRIT COMBO, CLASSIC STACK, R-FIER STACK, EXTREME, and even have a MIC simulator to use the amplifier for speech.

For such a small amplifier, the Micro Cube GX 3W comes loaded with features that allow you to add another dimension to your sound. It has five effects, CHORUS, FLANGER, PHASER, TREMOLO, HEAVY OCTAVE, all configurable, plus a DELAY / REVERB that perfectly simulates a box of reverb springs.

The Roland Micro Cube GX 3W is also a music creation tool. In addition to the possibility of being able to save your own sound settings thanks to the Memory function, the Micro Cube GX allows you to connect the i-CUBE LINK app to iOS devices.

With another free app, Roland CUBE JAM, you can record your ideas, and play other tracks on the MICRO CUBE GX through and play over them with high quality sound. The CUBE JAM also records audio through the i-CUBE LINK connection, with studio quality, courtesy of the COSM system.

Whether for fun, practice or creation, the Roland Micro Cube GX 3W is a perfect pocket amplifier to be at hand in any situation, for musicians and guitarists of all levels.

19 other products in the same category: