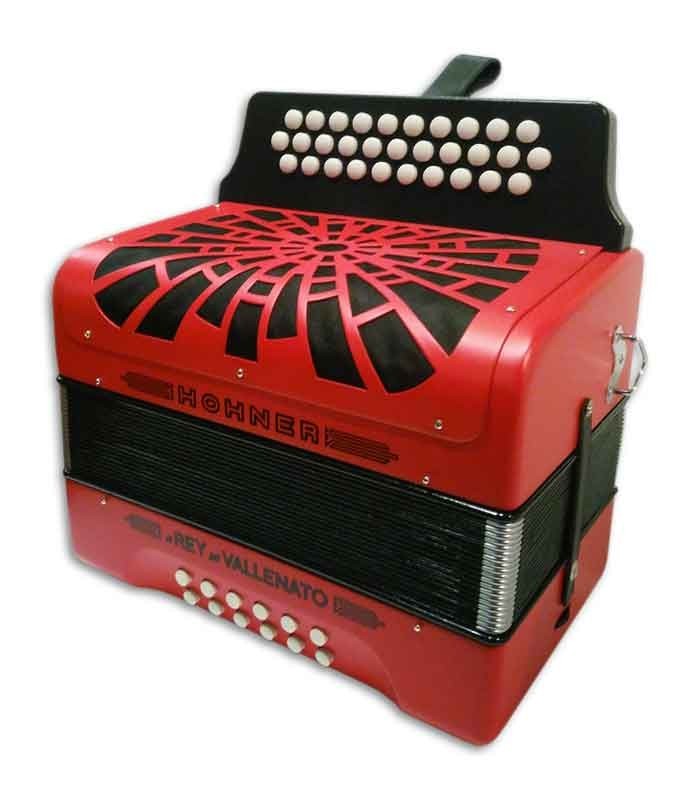 The concertina Hohner El Rey del Vallenato is an instrument that fits well to all musicians who choose the concertina or the accordion as their instrument. Although designed to meet the requirements of the Vallenato style, a Colombian dance can be used in many other musical styles.

Be the kings of the dance with the concertina Hohner El Rey del Vallenato. This diatonic concertina has 62 notes and thre e voices.

Hohner continues to amaze in the manufacture of accordions and concertinas, bringing this popular instrument to modernity, with quality and style. The El Rey del Vallenato concertina is a model designed to play this traditional musical style of the valley between the Sierra Nevada de Santa Marta and Serranía de Perijá in northeastern Colombia and the coastal regions facing the Caribbean.

Vallenato is a traditional Colombian musical genre that, like most Latin American music, has been influenced by African music and traditional European music. Much heard in bars and streets of small Colombian settlements, it is a completely different style from the much better known salsa, more lively and lively. The Vallenato is the expression of the poor inhabitants of the valley, who traveled from work to work, accompanied to the concertina to sing about the love, the lack of love and the hardships of life.

The concertina at Vallenato is accompanied by percussion instruments, reflecting its musical influences brought from Africa, but a set of this traditional style can include bass, guitar and keyboards, and can both do dance and lead to more melancholic states. Merengue is one of the most lively variants of this genre and very effective for dancing crowds.

Vallenato, together with Cúmbia, another popular Colombian musical style, was added as a specific category at the Latin Grammy Awards, having been included in Unesco's list of World Cultural Heritage in 2015, which reveals the importance of this musical tradition.

Tradition has Hohner in manufacturing quality instruments with great style. This concertina of modern design, has tuning Sol Dó Fá. The 31 buttons are arranged in three rows for ease and intuition in the execution. It also has 12 bass buttons in six voices.

The construction of the Hohner El Rey del Vallenato concertina is sturdy and durable. Its sound is very powerful and clear, and basses stand out for solid performance both solo and together. The timbre of El Rey del Vallenato is alive and harmonically rich, full of passion and Latin American energy.

Comes with carrying straps and a very practical and sturdy carrying bag.

Although it was designed for this particular musical genre, the El Rey del Vallenato concertina can be the queen of any musical style, as long as the person who holds it has the art and mastery necessary to fill it with life and rhythm.

5 other products in the same category: