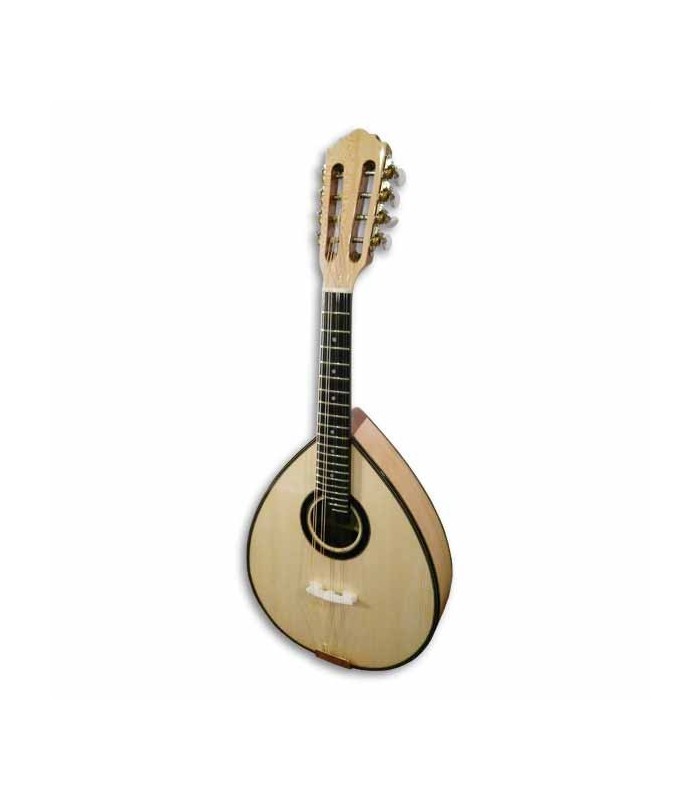 Artimúsica's Portuguese mandolins are manufactured using artisanal techniques and solid wood. This BD41TC model has a solid spruce top. The careful finish, the selected woods and the brilliant sound make this mandolin a real luxury.

The Portuguese mandolin Artimúsica BD41TC may be classified as a luxury medium,   but the quality is total.

Artimúsica BDTC41TC is a mandolin built with traditional techniques and developed by experience by Artimúsica artisans, one of the most respected brands of traditional instruments in Portugal. It is a model of great quality, for musicians who want a superior sound, without great adornments.

Made with selected woods, this mandolin follows the design of the traditional Portuguese model, with a pear-shaped body and a deep box. The top is spruce, in a lighter shade than the walnut, cherry or plane tree used to build the bottom and sides, all solid pieces. The neck is in mahogany and the fingerboard in panga panga.

The sound of the Artimúsica BD41TC is clear and very defined, ideal for trills and melodic accompaniments that shine and stand out in the harmony of the ensemble. Its careful construction promotes an easy and comfortable touch, in an instrument that remains in tune even with intensive use.

The careful finishes, attention to detail, the quality of the woods and the brilliant sound make this mandolin an authentic luxury, and not just a medium, as the name might suggest.

The mandolin has its origins in the beginning of the 16th century, in Italy, where it developed in several versions. It was very popular with the noble classes, and spread quickly through European courts, where it could be seen in the lap of many ladies. With four pairs of strings, it is tuned like the violin (high to low - Mi Lá Ré Sol).

As he liked the nobility and the high bourgeoisie, he received the attention of great composers like Vivaldi, Beethoven, Handel, Verdi and Mozart, who wrote pieces for this instrument.

Mandolins exist in several national or regional variations, with bodies of different shapes, entering modern times with electrified versions. In your close family are Bandola, Bandoleta and Bandoloncelo.

Founded in September 1992, Artimúsica is one of the benchmarks in the artisanal construction of traditional Portuguese instruments. It is a family business, continued by the masters Manuel Carvalho and José Carvalho, who still follow the construction method initiated by their grandfather, master Joaquim José Machado.

If you think you are half over with Artimúsica BD41TC you are wrong. This mandolin is a complete instrument, which loses modesty in the hands of anyone who knows how to play it.

10 other products in the same category: