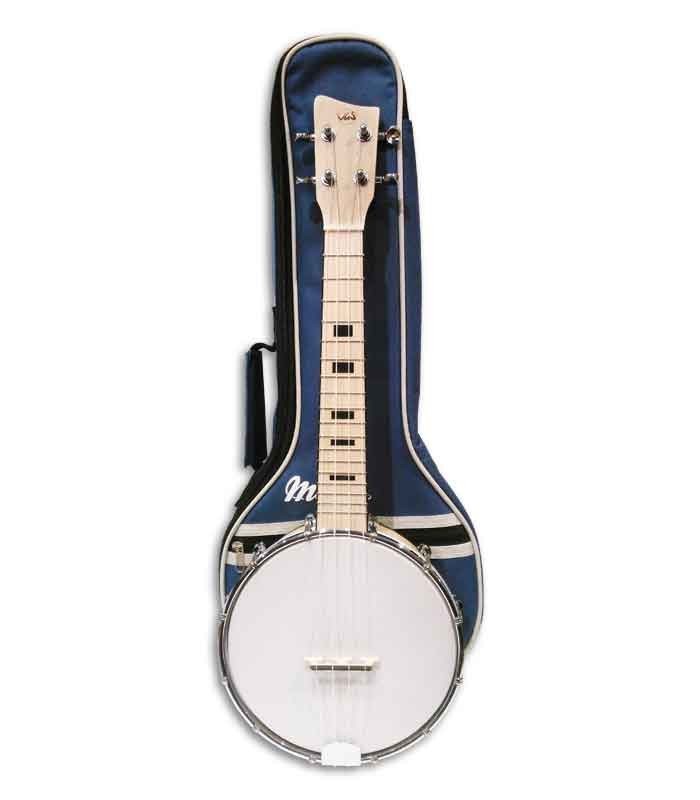 The VGS Manoa B-CO-M ukulele banjo or banjolele is characterized by the powerful ukulele sound that easily stands out among  other instruments. This sound is conferred by stretched skin, as in banjos. It is produced with wood not covered by CITES.

The VGS Manoa B-CO-M is a banjolele that combines the fun of the ukulele with the sound of the banjo in a unique instrument in style and musicality. Concert model.

It is the best of both worlds: the ukulele chords on a banjo shape, with a sounding board and a stretched skin head that gives it a different and very special tone.

Completely manufactured on maple, a wood not covered by CITES that allows you to take it anywhere with you, the VGS Manoa B-CO-M is a resistant and durable instrument, with an appreciable sound projection.

The design is based on the shape of the banjo, with 12 tension regulators for the top skin. The concept behind the VGS Manoa B-CO-M is to be a concert model ukulele, a modification to the traditional format created in the 1920s. The body is larger than the soprano model, which gives it a slightly lower and full sound. It has a longer neck and a larger fingerboard, with more frets and a greater spacing between them. Otherwise, it is played in the same way and even the tuning is the same: A4- E4- C4-G3.

The VGS Manoa B-CO-M has chrome plated tuning machines that keep the Aquila Super Nylgut strings in tune. These strings have a neutral tone, with high definition and projection. As they stretch less than normal Nylgut, they thin more quickly and are very resistant to use. When purchasing this instrument, they also receive a padded bag for protection and transportation.

The ukulele descends directly from the Portuguese cavaquinho, taken by Portuguese sailors to the American Pacific islands to musically animate the crews on their long voyages. In recent years it has gained a lot of prominence thanks to its adoption by indie bands and some international music stars like Eddie Vedder, George Harrison and Billie Eilish.

The banjo has Asian, African and South European origins but has become the typical popular instrument of the United States, appearing on cotton plantations in homemade versions of a string instrument with a drum-like sounding board. He jumped onto the stage in the early 20th century, defining the sound of ragtime and being part of jazz groups of the time.

The VGS Manoa B-CO-M is an instrument that combines the best of the ukulele with the banjo's identity, in a hybrid of enormous versatility and with an extra factor of fun for those who play it.