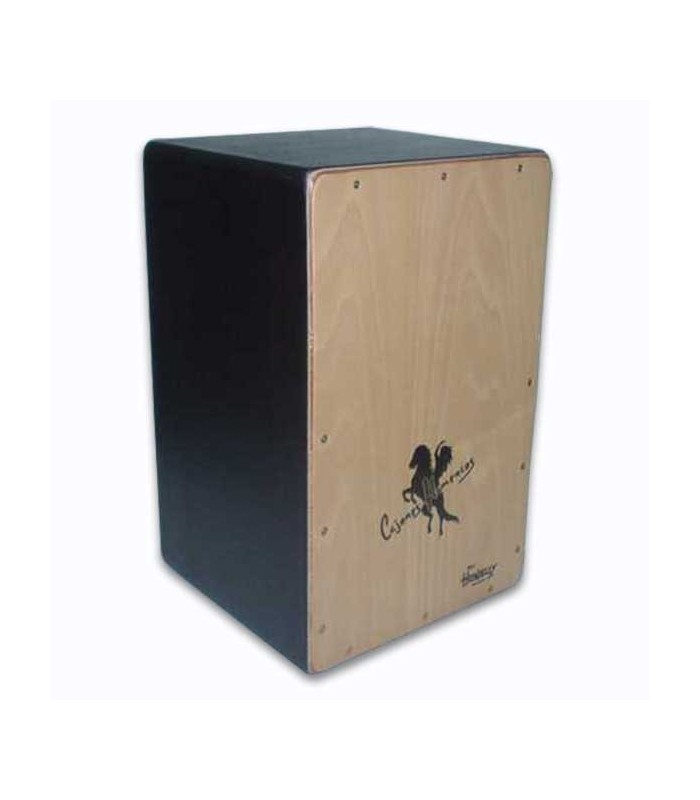 The cajón Rumbero 12790 of Honsuy has bottom and sides in bétula with finish lacquered in black, top in beech with natural finish and two marks in V.

Cajón Rumbero 12790 has everything to develop your art in a box made for the rhythm. Manufactured in Spain by one of the best known brands of percussion instruments on the other side of the border, the Rumbero 12790 is made with quality materials and great care in its construction.

The sides and bottom are made of birch, a hard and strong wood, resistant to pressure and impact, which makes it perfect to serve as a structure for a percussion instrument. The top is made of beech wood, also very resistant and with a good vibration capacity.

Inside, we can find two internal sticks, arranged in V, to give it the resonance and the typical sound of Cajons. The solid construction allows them to sit on top of the Rumbero 12790, with no risk of slipping thanks to the 4 non-slip silicone feet.

The finish of the side panels and the bottom is in black lacquered, which gives it a showy appearance. At the front, there is a decorative element that gives a greater aesthetic value to this instrument.

The cajón is an instrument widely used in flamenco. Coming from South America, the cajón was created by slaves taken to Latin America, having taken root in Peru, where it is considered Cultural Heritage of the Nation. Paco de Lucia was one of the musicians who introduced this instrument to flamenco, becoming such an integral part of his modern sound that it seems that he has always been part of this musical style.

The original traditional construction of the cajón is simple and, as the name implies, it is a large wooden box. Thanks to the influence of flamenco, catchwords, such as snare drums, were added, which give it another timbre and resonance, and a greater variety of sounds.

The Rumbero 12790 cajón is manufactured by Honsuy, a Spanish brand of reference in the construction of percussion and musical initiation instruments. Founded in 1963, it produces a wide variety of instruments ranging from sophisticated jazz drum kits to instruments dedicated to teaching music, so we risk saying that there is no music school without Honsuy instruments.

Honsuy's Rumbero 12790 cajón is an excellent choice for rumbas, flamencos or any other rhythm that needs to go with the beat.

9 other products in the same category: