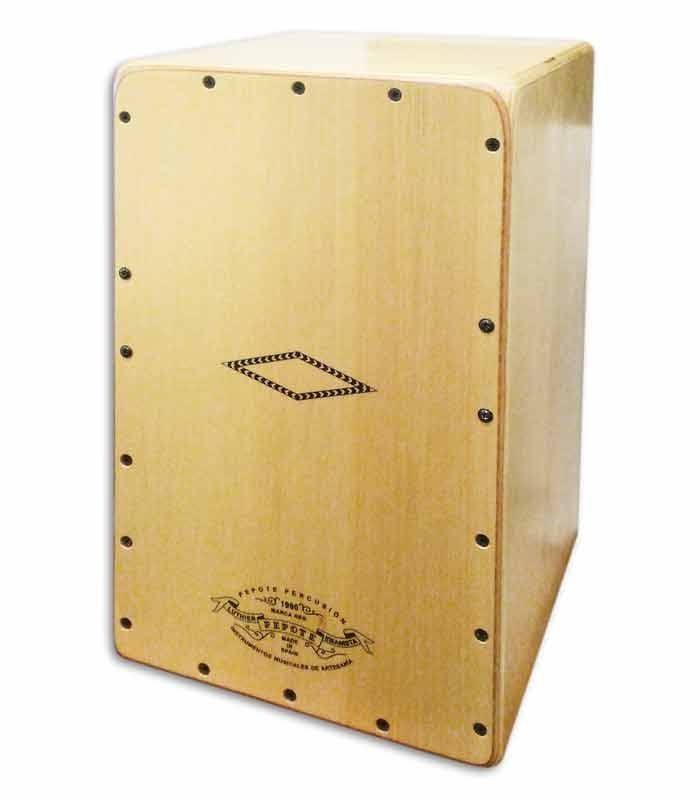 The Pepote Percus cajón is the most economical model of the Pepote brand but still has incredible power, resulting from the acoustic properties of the birch tops. It is especially suitable for experienced percussionists and who takes the cajón for parties, since the structure of 9mm makes it a very light cajón.

The Pepote Percus cajón is the rhythm box for playing with your hands, for beginners and percussionists who like to have more options in their instrument collection.

Perfect for flamenco or to accompany South American rhythms, the cajón is a very popular percussion instrument for its musical and sound versatility. Pepote Percus is the most economical model in the Spanish brand range of cashews, but it has qualities that put it alongside other more expensive options.

The sound power of the Pepote Percus cajon results from the acoustic properties of its tops, made of birch wood and the resonance provided by the six rods arranged vertically in fan, which give it the timbre and the characteristic personality of this instrument.

The rods have an anti-vibration system that allows a defined and rich sound. These qualities make Pepote Percus a very interesting instrument for musicians who take cajón everywhere. With simple decoration and robust construction, the Percus is a very light box, ideal to take to parties or improvised concerts.

The cajón is an instrument widely used in flamenco. It comes from South America, but has African origins: created by slaves taken to Latin America, the cajón took root in Peru, where it is considered a Cultural Heritage of the Nation. Paco de Lucia was one of the musicians who introduced this instrument to flamenco, becoming such an integral part of his modern sound that he seems to have always belonged to this musical style.

The original traditional construction of the cajón is simple, being just a rectangular box. Thanks to the influence of flamenco, catchwords, such as snare drums, were added, which give it another timbre and resonance, and a greater variety of sounds.

Since 1990 José "Pepote" Hernández Diaz has been making cashews and has developed them in search of the best sound and quality. It all started when, still 13 years old, he went to a Paco de Lucia concert and fell in love with the box from which the rhythms came out, to the point of wanting to make his own. Nowadays, it is one of the references in the manufacture of cashews and one of the leading producers worldwide.

The Pepote Percus cajón is the ideal instrument to launch yourself into the rhythms of flamenco or to launch them whenever you want and at any time.

José "Pepote" Hernandez has been manufacturing cajones of great quality category in Huelva, Spain, for more than 18 years.

9 other products in the same category: